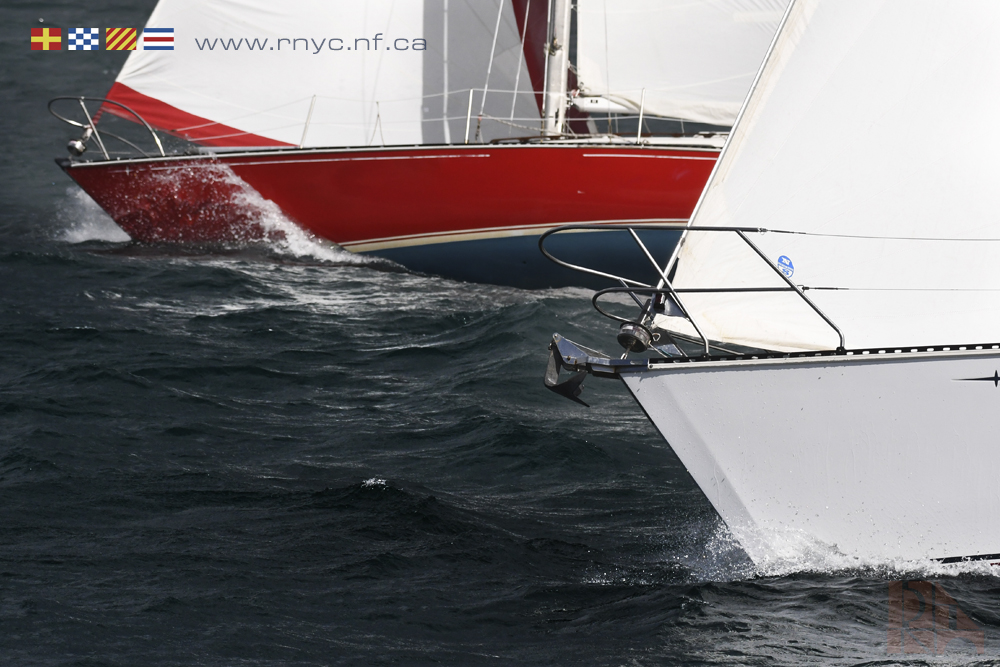 1.  Rules   Races are governed by The Racing Rules of Sailing (RRS), the prescriptions of Sail Canada, and by the Sailing Instructions.

3.  Ratings   All boats should have a current PHRF* rating issued by PHRF Nova Scotia. Boats without a rating from PHRF Nova Scotia will be issued a provisional rating by the Race Committee. 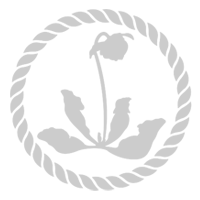 Performance Handicap Racing Fleet (PHRF) is a handicapping system used for yacht racing in North America. It allows dissimilar classes of sailboats to be raced against each other. The aim is to cancel out the inherent advantages and disadvantages of each class of boats, so that results reflect crew skill rather than equipment superiority.


4.  Fee   Entry Fee per boat for each race is $35. Entry fee checks can be made payable to the Royal Newfoundland Yacht Club or paid for on account.

6.  Fleets   Boats register to race in one of three PHRF fleets: Division One, Division Two or White Sail. Generally, boats with a PHRF rating of less than 100 will race in Division One and boats with a PHRF rating of greater than 100 will race in Division Two. However, the Race Committee reserves the right to assign a boat to a particular PHRF class at its discretion. Any boats choosing to not to fly spinnaker and register for the White Sail fleet must remain in that fleet for the duration of the Series and vice versa.

7.  Scoring   Boats are scored for each race. The series winner is the boat with the fewest total points after excluding the worst score. Points will be awarded using the Low Point System as follows:
1st Place — 1 pt
2nd Place — 2 pts
3rd Place — 3 pts   Etc.
All non-finishers (DNS, DNF, DSQ) will be scored in accordance with Rule A9.
Please see Sailing Instructions below for additional information. 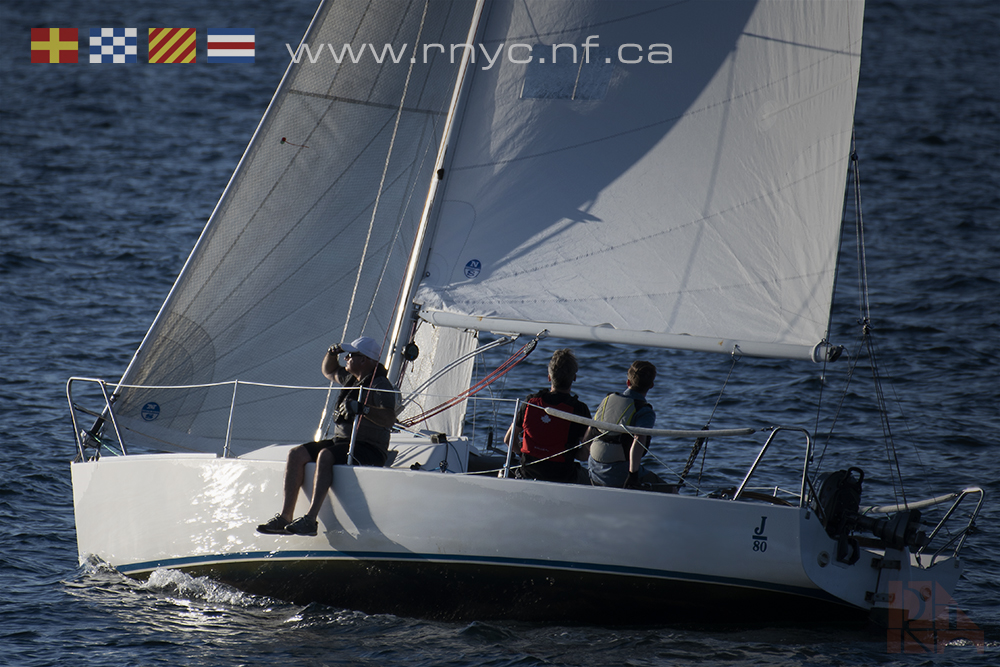 All races will be governed by, World Sailing’s 2017-2020 Racing Rules of Sailing with the RRS 2017-2020 Sail Canada Prescriptions, and these Sailing Instructions. Racing Rule 40 will be in effect at all times while afloat without the display of flag Y. This modifies the preamble to Part 4 of the Racing Rules.

RNYC Members only. Each boat should pre-register (fill out Racing Entry Form including crew roster) and submit the form electronically (preferred) or a hard copy to the Race Committee prior to each race. However, boats may check-in with the Race Committee on channel 68 prior to each race provided a Racing Entry Form is submitted to the Race Committee at the end of the evening. Boats register to race in one of three PHRF fleets: Division One, Division Two or White Sail. Generally, boats with a PHRF rating of less than 100 will race in Division One and boats with a PHRF rating of greater than 100 will race in Division Two. However, the Race Committee reserves the right to assign a boat to a particular PHRF class at its discretion. Any boats choosing to not to fly spinnaker and register for the White Sail fleet must remain in that fleet for the duration of the Series and vice versa.

The Summer and Fall Series will consist races each on the dates listed in the Race Night Schedule table above.

Race Schedule 2015A minimum of two entries from a division will be required to warrant a separate start for each division.

The Courses sailed will vary depending on the wind direction and speed. The Course(s) to be sailed will be posted in the RNYC Bar Area no later than 1 hour prior to the posted start time. The Race Committee reserves the right to make changes to the Course(s) to be sailed at any time prior to a division’s warning signal. All on-water changes will be made by VHF communication on channel 68.
The Race Committee will monitor channel 68 and can provide race information up until a division’s warning signal has been raised.

The timing of the start is determined by the removal of the class/division flags (time pieces and watches are relative). Sounds are secondary and may fail. The Race Committee can delay start times, combine fleets, or separate fleets at its discretion.

Starting sequence shall consist of the following signals, which will be made from the Committee Boat or the Race Tower:

Unless otherwise communicated, the White Sail Division will start first, followed by Division Two and then Division One. One minute following the start of a Division, the start sequence for the next Division shall be made. The Race Committee reserves the right to start all Divisions together at its discretion if deemed necessary.

The time limit for the first boat from each class to finish each race will be 3 hours, after which, if no boats have finished, the race will be abandoned. All other boats must finish within 30 minutes of the first boat of its Division. Boats not doing so will be scored “Did Not Finish” (DNF). The Race Committee reserves the right to abandon a race or score unfinished boats as DNF due to changes in weather or based on time of day.

These races are intended to be a fun and friendly event. Protests are strongly discouraged. Varying boats with skippers and crew of differing skill levels will be racing in close quarters so all boats are asked to be courteous and give spacing where needed. However, the Racing Rules of Sailing shall be adhered to at all times. In the event that a rule infraction is committed, the boat shall act in a sportsman like manner and complete the penalty as required by the Racing Rules of Sailing. Should a protest be necessary, it will be conducted in accordance with Racing Rules of Sailing.

The Nova Scotia PHRF System will be used to apply a corrected time for each race. The Low Point Scoring System, Appendix A, paragraph A4.1 of the Racing Rules will be used to score the series.

No races will be held in steady winds over 25 knots or gusting winds over 30 knots.

Boats shall comply with and carry (at least) the minimum safety equipment required by the Canadian Small Vessel Regulations. The Race Committee reserves the right to inspect a boat at any time without prior notification to assure compliance with these regulations. Failure to comply may result in disqualification from the race or series.

A boat that retires from a race shall notify the race committee as soon as possible, by hail, by broadcast over VHF channel 68, or, as a last resort, by phoning the RNYC at 709-834-5151.

Notwithstanding 11.2 or 11.3 of these Sailing Instructions, a boat shall neither make radio transmissions while racing nor receive radio communications not available to all boats. This restriction also applies to mobile telephones.

The skipper and/or owner of a boat shall be responsible for the actions of her crew and guests while on RNYC property. In the event of a serious breach of conduct or sportsmanship, destruction of property or failure to comply with the request of any RNYC race officer, committee member or executive member, the skipper and/or owner will be held responsible and the boat or competitor may be subject to disqualification from the race and/or series.

Competitors participate in each race entirely at their own risk. See Racing Rule 4, Decision to Race. The organizing authority will not accept any liability for material damage or personal injury or death sustained in conjunction with or prior to, during, or after each race.

In light of 14.1, the organizing authority reminds competitors that:“The safety of a boat and her crew is the sole responsibility of her owner and/or skipper, who must ensure that the boat is fully sound, thoroughly seaworthy, and manned by an experienced crew. They must be satisfied as to the soundness of the hull, spars, rigging, sails and gear. They must ensure that all safety equipment is properly maintained and stowed, and that the crew is familiar with its location and use.”

SAFE RACING AND HAVE FUN!